Once I had an idea for a story for my short-film for this assignment I scribbled down my story on paper to review and start to type a screenplay from. 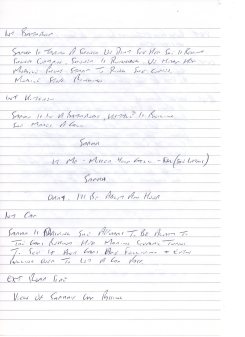 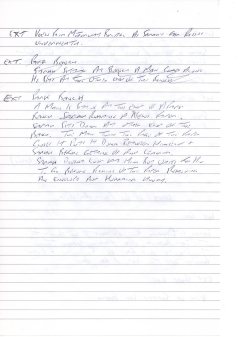 From this I typed out my first draft of my screenplay.

Although this was a very short script, I thought that I should practice the technique suggested in my AVA book to once having written the script to write it again from scratch from memory only and the writing a third referring to both the first and second draft.

I then storyboarded the scenes from my screenplay. 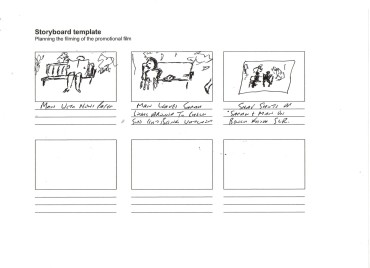 For all my filming I custom white-balanced and recorded the sound separately on my digital recorder using a boom-mic.  For most of the shots I employed a tripod, except for the bridge over the motorway that had to be shot handheld and in the car using a monopod to try and stabilize as best I could.  For the indoor shots I also used my tungsten film  lights which I colour balanced using blue gels to match the daylight illuminating the room from the windows in both the bathroom and kitchen.  I used a number of different lenses: 50mm f/1.8, 24mm f/2.8, 105mm f/2.8.  I also used a slider for a dolly-shot for the kitchen scene.  This I felt added a little extra depth of language as the unknown caller ‘runs past’ a suggested meeting.